A balanced and thorough life story of one the under-rated greats. Not as beautiful as I had hoped, nor as funny. Worth it after you've read all of Flann/Myles/Brian. Consulter l'avis complet

No laughing matter: the life and times of Flann O'Brien

Anthony Cronin was born in Enniscorthy, County Wexford, Ireland on December 28, 1923. He was educated at University College Dublin and King's Inns law school. In the 1950s, he was editor of the journal the Bell in Dublin and was later the literary editor of Time and Tide in London. He wrote regularly for the Times Literary Supplement and was a columnist for the Irish Times. He served as cultural and artistic adviser for the prime minister from 1980 to 1983 and again from 1987 to 1992. During his lifetime, he wrote 16 volumes of poetry, two novels including The Life of Riley, a play, several collections of essays, a memoir entitled Dead as Doornails, and two biographies entitled No Laughing Matter: The Life and Times of Flann O'Brien and Samuel Beckett: The Last Modernist. He died on December 27, 2016 at the age of 92. 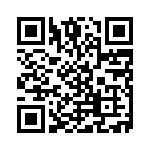